This exhibition was held at the The Environment Centre on Holywell Mead in High Wycombe. It looked at many aspects of the life and work of this local engineer, who was promoting sustainability long before it became fashionable. Below are some pictures from the opening ceremony, and a list of some of the topics that were included in the exhibition.

The exhibition was opened with a short ceremony at 11 am on Saturday 14th July 2007. 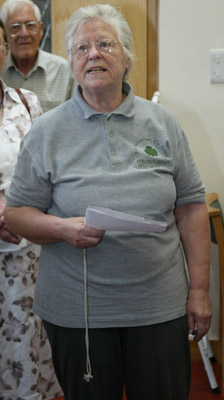 Frances Alexander of the Environment Centre, who spoke first at the ceremony.

Barbara Wallis, widow of Christopher, who declared the exhibition open. 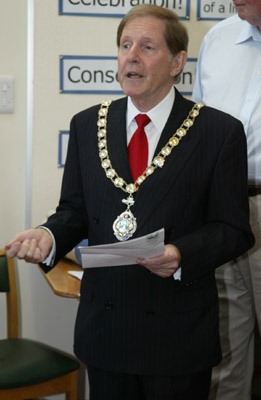 The first half of the exhibition was called:  "Early Life and Work"

Childhood and some very early projects, and education.

Return to BR in 1969 as a bridge designer. Leading 1979 project to repair the timber Loughor viaduct in South Wales.

Proving that Barmouth Viaduct could be restored, allowing the Cambrian Coast line to be remain open.

Leaving BR and setting up as a millwright.

Technical assistance with campaign to save the Ribblehead viaduct, which allowed the Settle to Carlisle railway to remain open.

Restoration of the capstan at Hurley weir on the River Thames. (1998 Jack Scruton Heritage Award from Wycombe District Council)

Giving talks about restoring mills and other historic buildings.

Making various items (including a barrel seat) for the garden of the Gilbert White Museum at Selborne, Hampshire.

The second half of the exhibition was called:  "Voluntary Jobs and Home Life"

Refurbishment of family home from 1963.

Designing and making parish notice boards, and encouraging others to do the same.

Designing a foot bridge to be added to Bourne End railway bridge.

Keeping an allotment, and becoming manager of the site.

Enjoying time with his family, and latterly with his four grandchildren.

Construction of waterwheel in 1976 at Centre for Alternative Technology near Machynlleth in Wales.

Campaigning for preservation of important historic buildings, such as the Old Chequers in High Wycombe.

Devising schemes and campaigning for easier transport routes for pedestrians and cyclists, such as at the Handy Cross M40 junction.

Surveying and campaigning for the re-opening of the Bourne End to High Wycombe railway line, as a light railway. 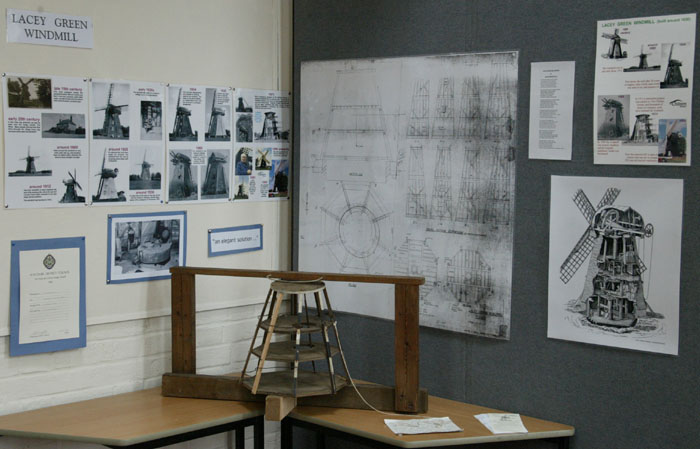 Part of the section of the exhibition which showed Lacey Green Windmill.

On the table was the model of the windmill that Christopher Wallis made to show how the collapsing building could be pulled straight. (the model is at 1/24th scale)

Some other items that were also on display at the exhibition included:

Christopher's typical work basket (or mobile office as Christopher would call it).

Certificate of authorisation to use the title Chartered Engineer, 1989.

Certificate of Membership of Institute of Carpenters, 1990.

Obituaries from various Journals and Newspapers.

Tributes made at Christopher Wallis's Memorial Service in July 2006, by members of his family, friends and colleagues. 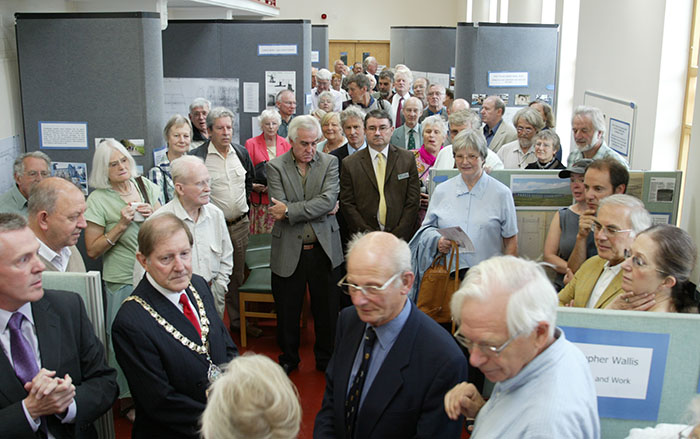 People listening to the opening ceremony. 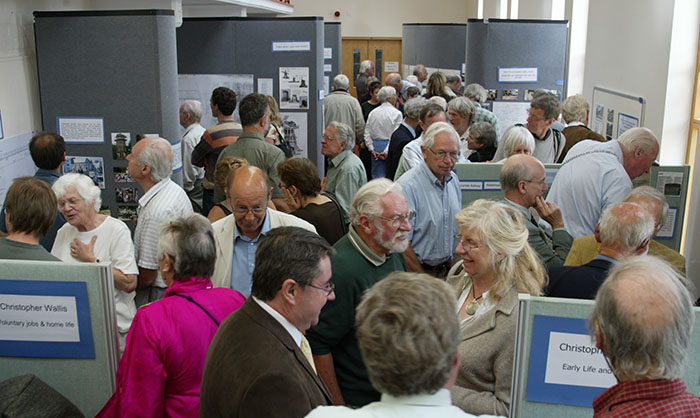 People looking around the exhibition after the opening ceremony. 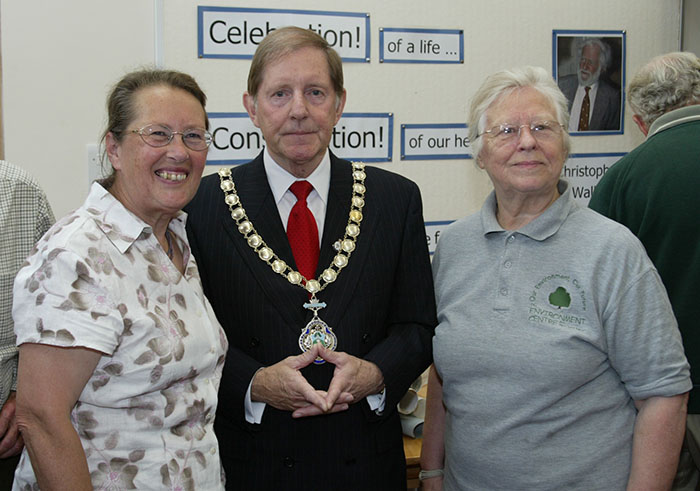