This is not intended to be a complete obituary to Mike's life, but just mentions some aspects which must have inspired Mike to be one of very few people who believed in the late 1960s that the daunting task of restoring Lacey Green Windmill was a possibility.


By the end of 1967, many local newspapers were reporting that the Chiltern Society were hoping to restore Lacey Green Windmill with a massive voluntary effort. This must have raised Mike Highfield's curiosity, so he went along to look at the windmill, and met Christopher Wallis, who was also looking at the windmill. After that Mike soon became involved, firstly with the preliminary work of clearing the site in May 1969.

On the day in August 1971 when the project really got started, Mike dismantled the remains of the fantail mechanism. This set him on the course of his primary role in the restoration work, overseeing the mechanical engineering. The most crucial part was restoring the early 19th century machinery that enables over 9 tons of cap to turn automatically, keeping the main sails facing into the wind at all times.

Mike was well suited to that aspect of the work, his greatest interest was engineering, having spent his National Service maintaining Spitfires and Meteor jets. He had a collection of vintage motorcycles and was highly respected by fellow enthusiasts, manufacturing unavailable spare parts for motorbikes, enabling others to keep their machines running. With his transport passion, he also rebuilt and maintained vintage cars.

Mike Highfield’s profession was in banking. This inevitably led him to be appointed Treasurer of the Windmill’s Restoration Committee at the very first meeting, and he held that position for 43 years. I now have all his records, with a mass of receipts from specialist suppliers across the country. He also negotiated some grants in the early stages of the restoration work.

With his increasing passion for the restoration of mills, in the 1980s Mike left his career as a Bank Manager, and joined Christopher Wallis in millwrighting. He never regretted that decision, especially when he saw the virtual disappearance of bank managers as he knew them.

Mike wrote our booklet about the windmill, and was always proud of the achievements of so many volunteers. In 2013 he was delighted when the windmill was awarded an Engineering Heritage Award, and he paid special tribute to the original 17th century builders of the mill’s machinery. I worked closely with Mike for 30 years, and he became a good friend. He died very suddenly on 27th October 2014, and will be greatly missed by many people, and especially his family.

Mike Highfield was not well known within the Chiltern Society, as he was not involved with other projects and did not attend Society Events and AGMs. He was one of many people who were dedicated to a specific project within the Society. However, by any standard, his long service is worthy of special recognition, as Mike was actively involved with Lacey Green Windmill for over 45 years. 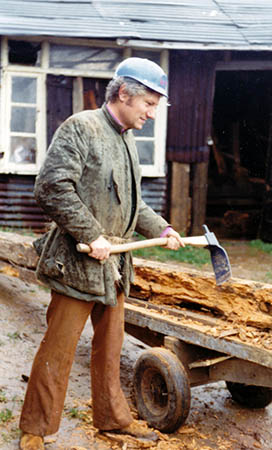 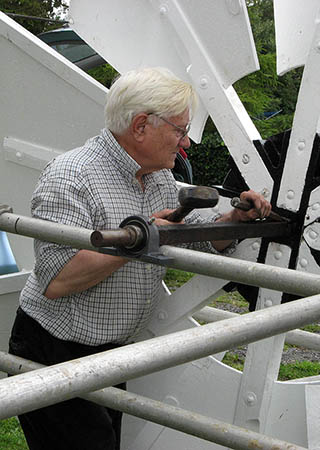 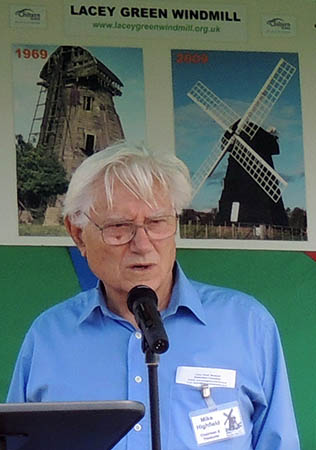