During the repainting of the mill in early June 2008, it was realised that the fantail mechanism needed some repairs. The mechanism has been in constant use since 1985 to keep the main sails facing the wind. After 25 years of work turning the cap, windshaft and sails (a total weight of around 8 tons) the fantail shaft had become worn within the two bearings that support it.

As the summer should be the best time for the cap to be stationary, it was decided that the fantail should be removed for rebuilding. A crane with a very obliging owner/driver was organised for Friday 13th June (after all agreed that we were not superstitious). The previous day we had checked that the securing bolts could be removed, and were not seized up. 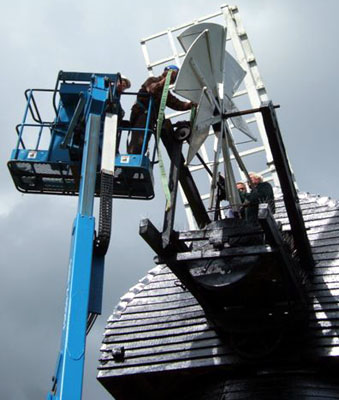 The straps are fixed to the shaft. 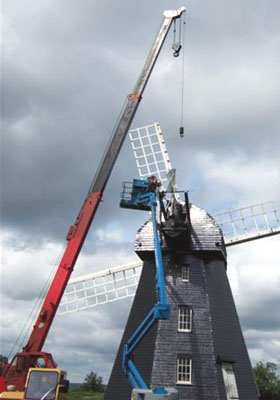 The crane waits for its part of the work. 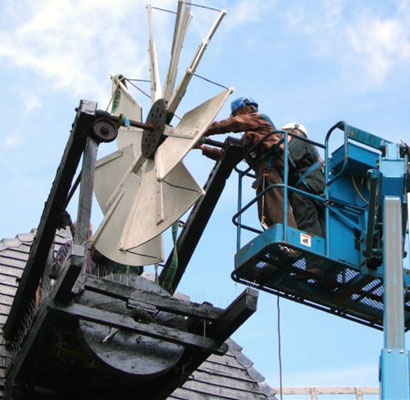 The final fixings are then removed. 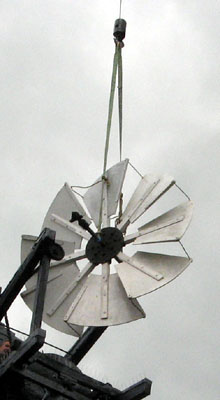 The fantail is lifted off its supports.

The journey to the ground. 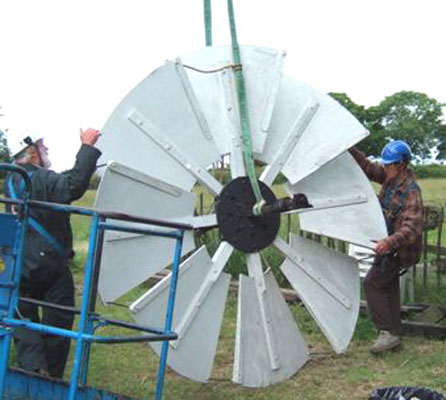 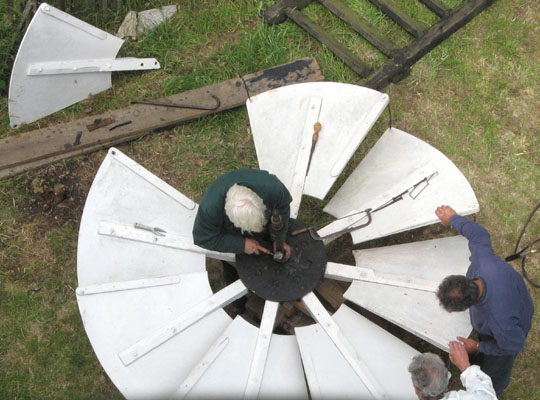 One vane is removed to enable access to the centre of the hub. 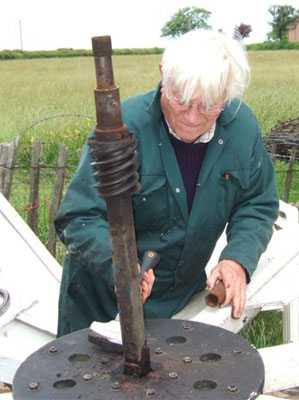 Who better to make the repair than Mike Highfield, who built the mechanism 25 years earlier. 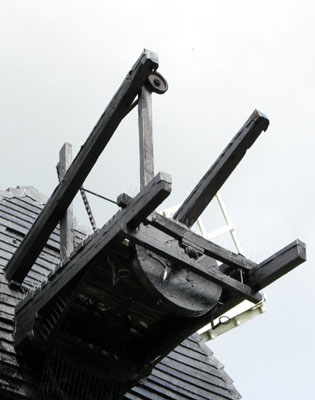 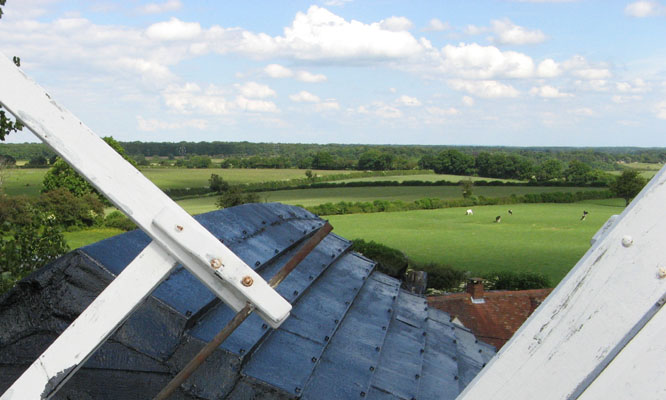 The back of the cap faces the Chilterns woodlands until the fantail returns.

Only 3 days after the fantail was removed, the shaft was in a workshop for repairs, and new bearings had been ordered. However, whilst the fantail was on the ground, the opportunity was taken to paint the vanes.

By early August, the repairs to the shaft had been completed and I booked the crane to return at lunchtime on Thursday 7th August.  That morning we assembled scaffolding to form a stand to re-assemble the fantail onto its shaft. 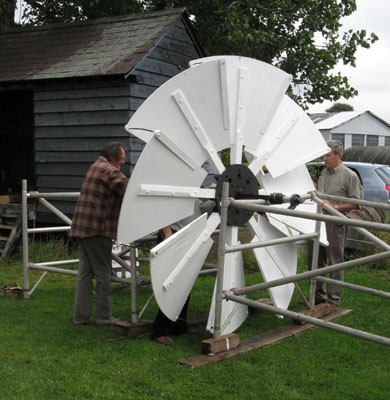 Fantail back on its repaired shaft. 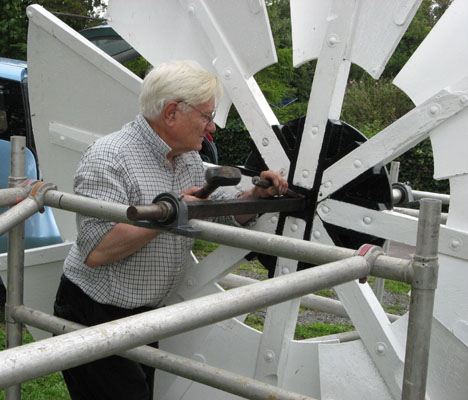 Final adjustments being made.

We just finished the re-assembly when the crane arrived, and the lift was carried out perfectly with the shaft being bolted back in position before the crane slings were removed. However, the amount of manhandling that we had to do was a good reminder of how heavy the whole mechanism is. 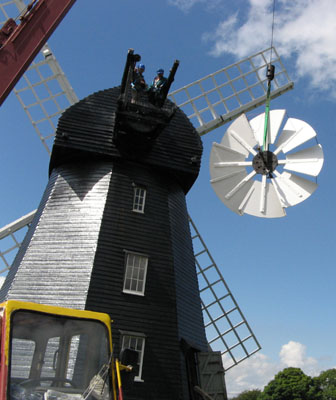 Fantail on its way back. 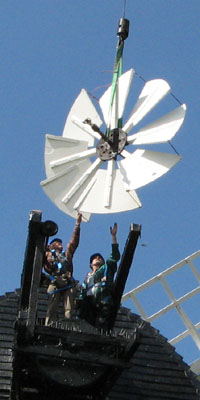 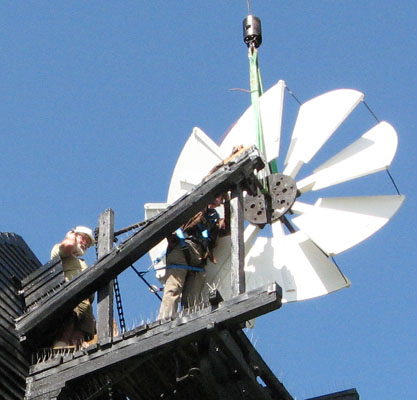 Being bolted back in position.

The fantail is now once again doing its job of keeping the main sails turned into the wind, something that is essential for this windmill situated right on the escarpment of the Chiltern Hills. Many thanks to David Pamington and Betty Hardy who contributed some of the photos on this page.