This is not intended to be a complete obituary of Jeff's life, but just mentions some aspects which must have inspired Jeff to be one of very few people who believed in the late 1960s that the daunting task of restoring Lacey Green Windmill was a possibility.


Jeff's ancestors had farmed Pitstone Green Farm since 1808, but in 1939, at the age of 18, Jeff had to take over the running of the farm when his father became a War Agricultural Adviser. Anybody who knew Jeff would surely agree that for the rest of his life he liked to farm in a traditional way. He was also very enthusiastic about his own locality and the whole of the Chilterns, and was one of the group of 'angry men' who founded the Chiltern Society in 1965, becoming its Vice Chairman until 1974. However, to call Jeff an 'angry man' would be completely inaccurate as although he felt strongly about many issues, he was a mildly spoken true gentleman, always happy to hear other people's views before summing an issue up with his own sensible and succinct comments.

Jeff Hawkins was involved in many organisations and activities, whether locally at Pitstone or further afield. He was also active in many aspects of the Chiltern Society, but of the greatest relevance here was his involvement with the Historic Works and Buildings Group and the founding of the Chiltern Open Air Museum. At his own home, his enthusiasm led to the founding of the Pitstone Local History Society and the establishment of their farm museum at Pitstone Green Farm. Jeff left the property to the National Trust, who now lease the farm buildings to the Pitstone and Ivinghoe Museum Society.

It was not until 1874 that Pitstone Windmill came into the same hands as the farm that surrounded it, all then owned by Lord Brownlow as part of the Ashridge Estate. It was then leased to the Hawkins family who operated the windmill until 1902 when a storm extensively damaged it, so it would never work again. In 1924 the Ashridge estate was broken up, and the dilapidated Pitstone windmill became the property of the Hawkins family. However in 1937 Leonard Hawkins, who had helped run the mill as a boy, (and was Jeff's father) decided to pass the windmill to the National Trust, realising that he could not care for it himself. It was then patched up to stop it deteriorating any more.

In 1963 an early scheme of Voluntary Restoration was carried out to bring Pitstone windmill into the condition we see it today. Jeff's experience with the achievements of volunteers at Pitstone really made him start discussions within the Chiltern Society about what might be possible with Lacey Green windmill. In particular he persuaded Christopher Barry that the project should be considered, and Christopher Wallis brought the technical vision of how it could be achieved. From the work at Pitstone, Jeff also knew the renowned windmill experts Stanley Freese and David Wray, both of them gave their advice and assistance with Lacey Green. 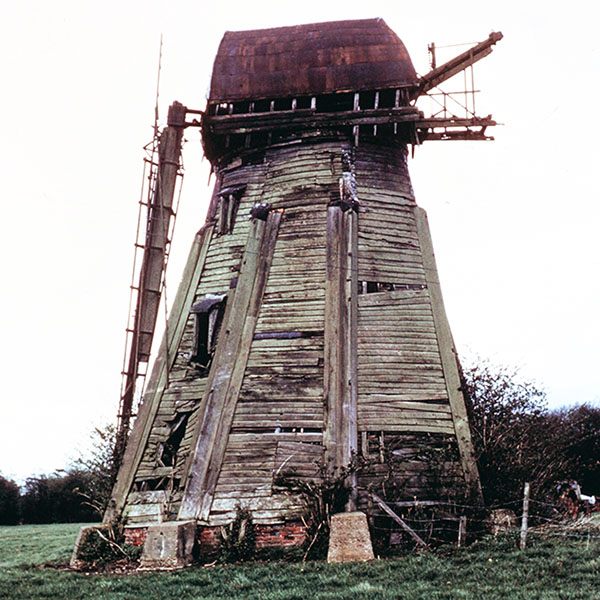 Lacey Green photographed by Jeff in 1969.

Jeff Hawkins was also of great practical help in the early years, initially gathering and storing materials before the work could actually be started in 1971, when he would transport them from Pitstone down to Lacey Green. Later on he also offered accommodation for storing large amounts of timber and other materials as the restoration progressed. 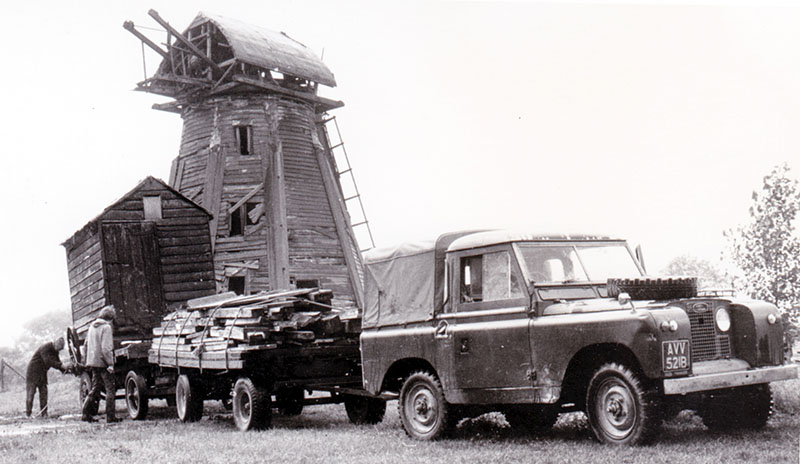 Jeff brings the first materials to Lacey Green in 1971.


Below, and 15 years hard work later, Jeff holds the 1986 Malcolm Dean Design Award, made for the windmill's restoration by Wycombe Dictrict Council. 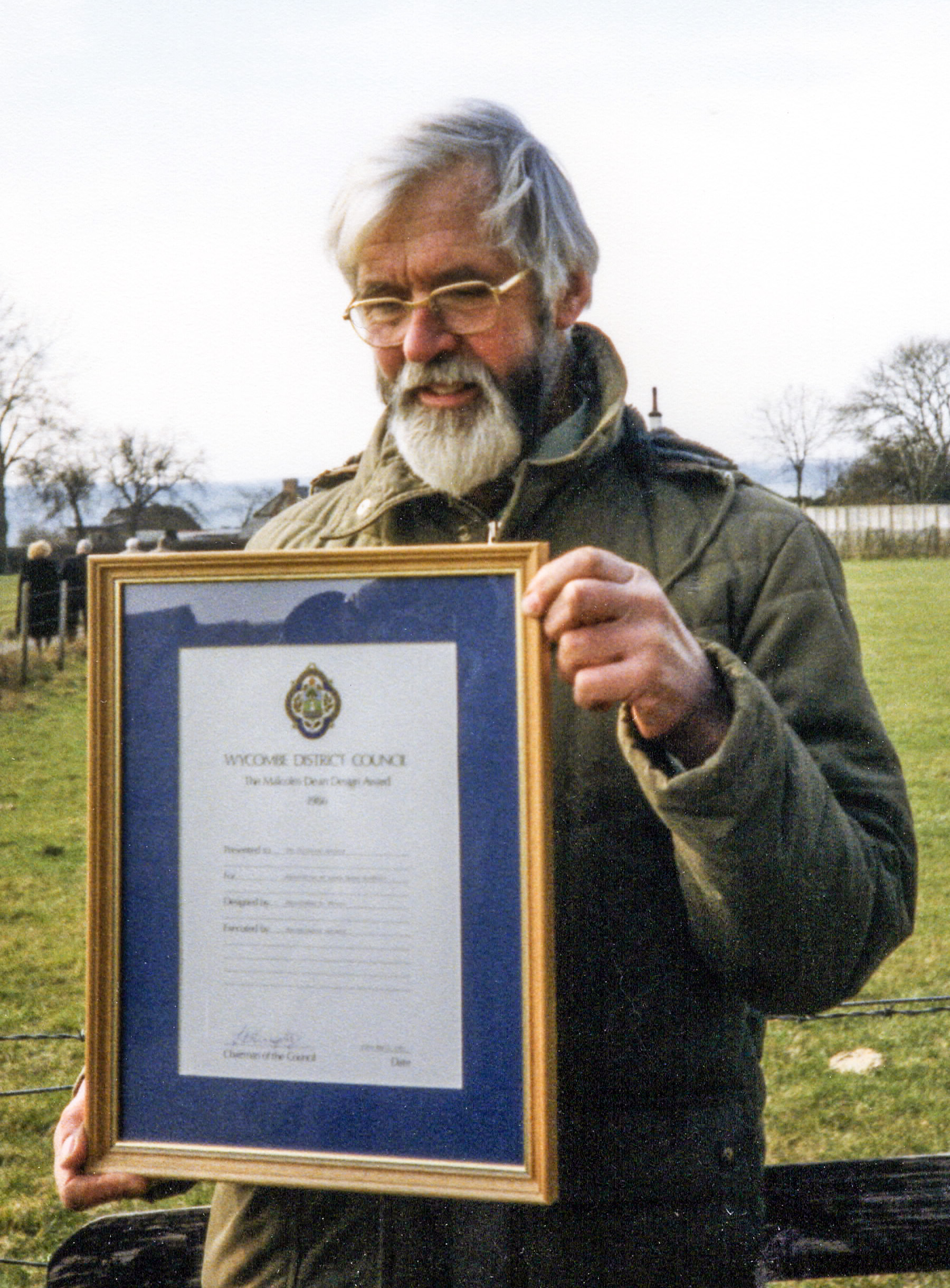 Jeff Hawkins was Chairman of the Lacey Green Windmill Restoration Committee for the first 13 years, and then remained on the Committee for another 16 years. I will never forget that he would occasionally attend our meetings wearing a Victorian Farmer's Smock. He always seemed to be very surprised that people had been looking at him whenever he had to pause the car on his journey. They must have wondered where he was going for his "Friday Night Out".